The untold story of the Chernobyl disaster and of how the Soviets tried to cover up the consequences.

As the Serbs close in on Srebrenica, a Serbian mother seeks the body of her 11-year old son who was tortured and killed by Muslims in Bosnia. She suspects Mujo, a Muslim neighbour of hers, now a prisoner-of-war, of complicity in the killing.

'...the mother of all atrocity documentaries...will have a profound effect wherever it is shown' (The Guardian)

'A story...with the force and mythic simplicity of a tale from the Old Testament' (Sunday Times)

(Audio track may be muted on YouTube due to music rights claim. The Unforgiving is available in 4 parts on vimeo: https://vimeo.com/101080058)

A black comedy about the outrageous campaign to elect the member of parliament for Moscow Central constituency in Russia's first free elections since 1917.

As Russian tanks advance over the plains of Chechnia, a group of Russian mothers search for the conscript sons they believe have been captured by the Chechens. They place their trust in Col. Kosov, a Russian liaison officer responsible for organising prisoner exchanges across the front line..

'This is a brilliant piece of film-making, achieved under almost impossible conditions and telling its story with devastating force' (Daily Mail)

Deep in the war-torn Ugandan bush, an Italian nun tries to track down 30 of her convent school girls who have been abducted for sex by an army of children - led by Joseph Kony, a mystic claiming to be the son of God.

'An authentic horror story from the other side of the globe...pure Heart of Darkness' (Observer)

'This is what documentary making is all about' (The Guardian)

A student theatre troupe tours Rwanda with a comedy about the genocide, while a gang of killers gets rough justice at the local genocide court and prosecutor Nicolas investigates a priest for the murder of five Tutsi children. Meanwhile, in neighbouring Tanzania, two of the genocide's leaders face the United Nations tribunal in snappy suits, defended by a panoply of French lawyers. A pitch-black farce about the aftermath of the genocide in Rwanda.

'Quite the most stunning, if numbing, documentary of recent times' (Daily Express)

'Gordon's brilliant use of form forces us to examine our own consciences and voyeurism...when you think your eyes can't cope any longer, Gordon lets your ears take the pain of these unspeakable horrors...Stunning' (Time Out)

The adventures of Snooky the pimp on the mean streets of Milwaukee.

Elected 'Pimp of the Year' last year, Snooky now has to pay for this year's ceremony. But he's out of cash - until a new girl comes along, with $7,000 in the bank - and an angry family who try to bring him down.

'Think Tarantino, only this is real' (Heat)

'One of the most exhilarating pieces of television to come this way for a long time...Clive Gordon deserves to be showered with awards' (The Guardian)

'...a fearsome documentary...captures magnificently the paranoia and rejection behind the lingo and bravado' (The Observer)

'As Clive Gordon's film prowls the impeccably-shot suburban streets...we almost succumb - like his teenage prey - to Snooky's razor-edged charm. But not quite. A quite enthralling study in ghetto economics, sexual exploitation and ruthless power games' (Guardian Guide)

Raised in mud huts in the Kenian desert after fleeing the war in Sudan, Moses and his young friends are suddenly invited by the US government to start a new life in the 'land of the free'. Never having turned on a light-switch, the boys arrive in suburban Boston...

Fleeing the police in Africa, backpacker Chris stows away on a rusting cargo ship in an attempt to get back to Europe. But it is a ship carrying a terrible secret.

(Cargo is available on DVD and as instant download on Amazon.de and .co.uk) 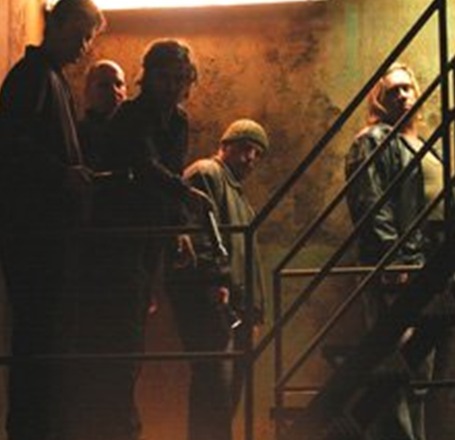 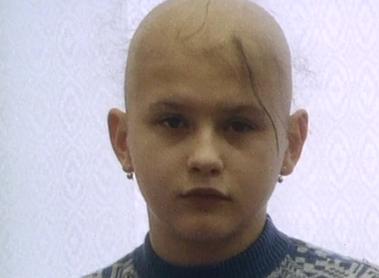 BAD BLOOD  (1992)  The story of the Tuskegee experiment in Macon County, Alabama, in which 400 black men with syphilis were used as unwitting guinea-pigs in a US government programme seeking a cure for the disease. The men were told they were being treated, but the whole point of the study was to follow them without treatment until they died, in order to conduct a post-mortem into the full effects of syphilis on the body. Incredibly, the experiment continued until 1972, decades after penicillin, which was discovered in the 1940's and was a cure for syphilis, had been found. Years later, three of the men survive to tell the tale.

CODE RED  (2009)  From their base deep in the desert, the pilots of an Israeli attack helicopter squadron fly missions against Palestinian militants in Gaza who are firing home-made rockets into Israel. Given unique access, this film was shot simultaneously with the pilots and with the militants in Gaza - in the run-up to Israel's 60th birthday celebrations.

THE HOUSE THAT FATA DIDN'T BUILD  (2012)  After surviving the horrors of Srebrenica, grandmother Fata Orlovic, a Bosnian Muslim, returns to her home  in the Serbian Republic of Bosnia -  to find a Serbian Orthodox church has been built in her front garden. For 12 years she has fought to have it removed.